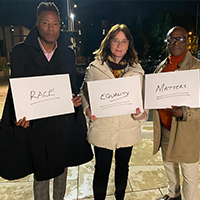 The death of George Floyd has put race and racism firmly on the political agenda. Black Lives really do matter, or do they?

Whilst people are grieving on the streets, the authorities were working behind the scenes to use legislation to curtail their protesting. Corporate companies and local governments have jumped on board the Black Lives Bandwagon with slogans and statements, however, we need to see deeds not words.

As a political party we stood up and with the slogan Black Lives Matter. But that's just it. We have open arms but closed minds. There is a lot still to do from the top of the Party and from the grassroots up.

Fellow Lib Dems, if anything, the death of George Floyd is a wake up call to the Lib Dems' in it's failing to deal with and engage with the Black Community. Failure to engage is going to cost us dear at the ballot box.

A magnifying glass has been focused on inequality in:

People are now understanding the links between the way we live our lives today and slavery.

The toppling of statues has made me look at all statues I pass and research who they are and how they have received notoriety (greatness). Seeing street names changed and programmes and films pulled from being shown is a wake up call.

Glacially slow but baby steps have been made. 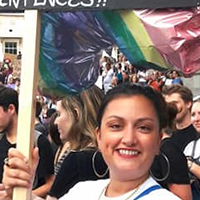 Sometimes I despair that racial murders and injustices have been shocking for decades but only now in 2020 I'm feeling the first spark of hope for change.

Whilst my optimism is cautious as I've been let down before, I'm heartened that so many friends have taken the time to recognise their white privilege and educate themselves. Instagram has been a positive platform for this, sharing videos and articles to amplify black voices about BLM.

Being mixed race, I bridge the divide and often feel I belong in neither group, I struggle in ticking the ethnic origin boxes.

I hope my daughter's generation has a different experience. I want to see more museums in Britain about our slave trade history and colonisation, knowing where we came from is key in humility going forward. Keep the statues but add plaques to educate and let's build new ones for VME British heroes. 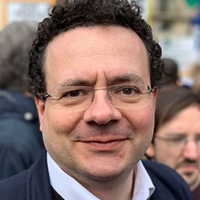 George Floyd's death starkly brought to wider attention the amount that still needs to be done to secure racial equality not only in the US but also in the UK. Especially to those of us who are not directly on the receiving end of discrimination, and so can too easily let helping to fight it slip down our lists of priorities.

The speed and extent with which public opinion has started to shift in response to his death, the Black Lives Matters protests and incidents such as the removal of the Edward Colston statue, should give us hope.

Campaigning can work. Public opinion can shift. Injustices can be tackled - and they need to be. 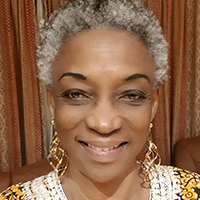 2020 has been explosive and defining.

The structural racism and inequalities in British society were starkly exposed by Covid19 pandemic and Black Lives Matter protests that followed the killing by Police of George Floyd in the USA.

Racial justice was pushed to the forefront of national consciousness and debate in a new way, driven by young people and we must ensure it stays there.

It was great to see many organisations celebrating black history month for the first time, and I see more people of colour in television adverts and media.

But we must press the advantage even further through lobbying the government to implement recommendations from previous race enquiry reports. The party must now step up, listen to BLAC LibDems and act decisively to broaden its appeal. 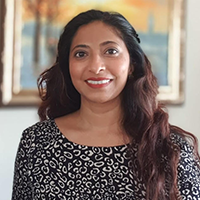 This year, I chaired an event called "What Does it Mean to be Black in Britain in 2020?" with Professor Christopher Jackson -the first Black scientist to give the Royal Institution Christmas Lectures and Paul Anderson-Walsh- former CEO of The Stephen Lawrence Trust.

In my work as Vice President, I am trying to focus on outreach. The tumultuous events of 2020 have made the path towards building connections with non-Party members of the public, organisations and thought leaders so much smoother.

Where there was suspicion of my work and my motives in the past, there now seems to be a positive welcome. And this is because people who could see and hear the issues we face as a society could suddenly feel them.

Out of the tragedies of 2020 has come a universal passion - a passion to fight for race equality in a way I've never seen before. I sincerely hope it lasts. 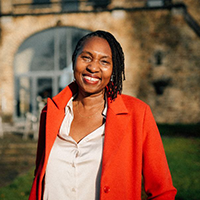 It brought racial injustice into the open and forced us to confront the reality which is normally hidden in our subconscious because it's either too painful or too shameful to confront. The positive thing is that it energised us and justice movements like Black Lives Matter to demand change.

We were forced to confront the ugliness and brutality of the past in the form of slavery and colonialism, which ultimately gave birth to today's injustices.

Most of all, George Floyd's death has made the quest for racial justice urgent and universal, engaging people in all sectors and institutions.

We must not allow this to be 'A Moment' but must say 'Never Again' and keep the momentum going by holding our governments and institutions to account, teaching history truthfully, and remembering and honouring those whose sacrifices and labour lay the foundations for the wealth that we now enjoy. 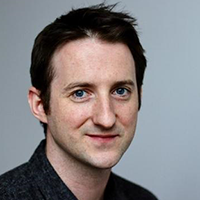 This has been an intense year.

Like lots of people, I've spent more time at home than I expected, seen less of my friends and family, and found myself asking more questions about what's important to me. My world has shrunk in many ways.

In the middle of that, George Flloyd's death, and the movement that followed, shaped many of my questions. As a White English man in a position of influence, how should I best use the tools I have to make the country a better place? Am I doing enough? Should I speak up more, or step aside more? What language should I use? What should I read and listen to? How should I talk to my young children about what was happening?

I found a lot of answers in some simple videos, podcasts, books and conversations. That it's ok to feel unsure about language, that consensus shifts, and that everyone makes mistakes. That what matters is listening, educating yourself and changing. That this is going to take time.

George Flloyd's death also changed what we're doing as an organisation. We've got a grip on our numbers, and for the first time we've pulled together all our data in one place so we can track what's happening. Right now we're not reaching or representing Britain well enough. Though as we look ahead - especially in target seats - are less likely to be White people and our local party officers are less likely too.

We've built a more diverse senior team. We've focused and won campaigns on issues that matter. We'll only be relevant to people when they can see we fight for them, understand their lives, and care about making them better. And we've given guidance and training to hundreds of activists and leaders across the party on how to listen to and act for people they're not currently reaching.

These are all good things. They're not enough, but we're headed in the right direction.